The Loro (Parrot) of the University was designed by Valentin Arreola Mendoza in 1978, during the celebration of the National Championship of Women’s Volleyball.

During the event, Arreola designed a bulletin to be distributed among the fans and the schools near the Unidad Morelos (Sports complex), but a small detail was missing, what would be the name of the bulletin?

The parrot was chosen because it was a tradition in many homes of Colima to have a parrot as a companion; besides, it was an animal of attractive colors, joy, and intelligence.

The bulletin consisted of a single mimeographed sheet, with a parrot in black and white.

At the end of the sports event, people already distinguished our players as the Loras (female parrots), even though they were using blue and white colors. A few months later, the men’s team was created, and was provided with a green, yellow, and red uniforms. The team was called Loritos (little parrots). The next year, on occasion of the National Championship of University Basketball, the parrot was printed in colors and on the appropriate material. 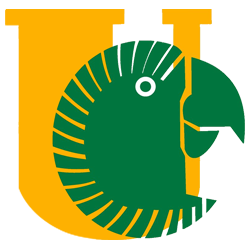